Historical context
During the US President Ronald Reagan’s second term, he sought reconciliation with the Soviet leader Mikhail Gorbachev to end the Cold War. Apart from a series of historic summits that led to successful arms control and the end of superpower rivalry, Reagan delivered a speech that would later signify the end of a divided Germany in the 20th century.

Berlin was a hotly contested part of Germany between the USA and Soviet Union. This contestation began in the post-WWII time when the Allied Control Council fell apart due to conflicting interpretations on the management of the German zones. After the Berlin Blockade in 1948, West Germany was formed under the Federal Republic of Germany in May 1949 and East Germany under the German Democratic Republic in October 1949. Then, the Berlin Crisis in 1961 ended with the construction of the Berlin Wall that physically prevented citizens in the East from crossing to the West.

The Wall: What’s the fuss?
Then US President John Kennedy was puzzled by Khrushchev’s decision to construct a wall. Later, the Berlin Crisis had influenced his foreign policy stance towards the Soviet Union.

Speaking with aide Kenny O’Donnell, Kennedy asked, “Why would Khrushchev put up a wall if he really intended to seize West Berlin?” … Though Kennedy was correct in his short-term analysis of the wall, his 1961 actions did raise long-term concerns about the wall’s construction. Could have the wall been avoided?

An excerpt from “1963:The Year of Hope and Hostility” by Bryon Williams.

On 12 June 1987, Reagan challenged Gorbachev to ‘tear down this wall’ so as to usher in an era of peace and freedom. Behind the scenes, the White House speechwriter Peter Robinson was responsible for the legendary speech that left a lasting impression on the Berliners that day. Before the speech was made, Robinson discussed with other members of the White House to decide on whether to keep or modify that particular phrase.

Secretary of State George Shultz now objected to the speech. “He said, ‘I really think that line about tearing down the wall is going to be an affront to Mr. Gorbachev,'” Griscom recalls.

… Yet in the limousine on the way to the Berlin Wall, the President told Duberstein he was determined to deliver the controversial line. Reagan smiled. “The boys at State are going to kill me,” he said, “but it’s the right thing to do.”

… Why was there only one Great Communicator?

Because Ronald Reagan’s writers were never attempting to fabricate an image, just to produce work that measured up to the standard Reagan himself had already established. His policies were plain. He had been articulating them for decades—until he became President he wrote most of his material himself.

An excerpt from “Tear Down This Wall: How top advisers opposed Reagan’s challenge to Gorbachev – but lost” by Peter Robinson, 2007.

What can we learn from this article?
Consider the following question:
– How important was Reagan’s role in explaining the fall of Soviet Communism in Eastern Europe?

Join our JC History Tuition to analyse contributing factors that led to the end of the Cold War. The H2 and H1 History Tuition feature online discussion and writing practices to enhance your knowledge application skills. Get useful study notes and clarify your doubts on the subject with the tutor. You can also follow our Telegram Channel to get useful updates. 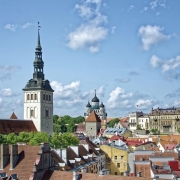 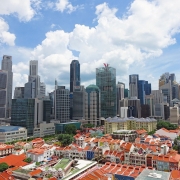 Why did Albania leave the Warsaw Pact?
Scroll to top