Context: How it all began
Before the Second Cold War, there was a momentary period of much-desired peace in the 1970s. Also known as the Détente, both the American and Soviet governments held talks to limit the arms race. However, the myth was shattered when the Soviets invaded Afghanistan in December 1979. Additionally, the entry of the incoming American President Ronald Reagan had set the stage for the renewed tensions and superpower confrontation in the early 1980s.

1. Renewed Confrontation: The “Afghanistan problem”
Following the 1978 Saur Revolution, in which a Soviet-backed People’s Democratic Party of Afghanistan launched a coup against the Afghan President Mohammed Daoud Khan, there was growing dissent in the nation. USSR justified its intervention by invoking the Brezhnev Doctrine, which was meant to preserve the Soviet bloc through military responses.

Subsequently, the Carter administration perceived the increased Soviet presence in the Gulf as an “arc of crisis”, thus declaring their intent to counter the Soviet invasion via proxies. The Central Intelligence Agency (CIA) aided the Mujahideen rebels who fought against the Soviet troops and the Afghan army.

Furthermore, the Afghan invasion swayed the perceptions of the Americans and its politicians, such that the potential Presidential candidates in America were more supportive of renewing Cold War antagonisms towards the Soviets.

2. Reagan’s Cold War Rhetoric: The Strategic Defense Initiative
Reagan’s anti-communist stance had paid off, as evidenced by his remarkable victory in the US Presidential elections in November 1980. The former Hollywood actor assumed a more hostile stance towards the Soviets. In March 1983, his “Evil Empire” speech showed his resolve in denouncing and defeating the Cold War rival.

The truth is that a freeze now would be a very dangerous fraud, for that is merely the illusion of peace. The reality is that we must find peace through strength…

So, in your discussions of the nuclear freeze proposals, I urge you to beware the temptation of pride—the temptation of blithely declaring yourselves above it all and label both sides equally at fault, to ignore the facts of history and the aggressive impulses of an evil empire, to simply call the arms race a giant misunderstanding and thereby remove yourself from the struggle between right and wrong and good and evil….

Speech by the US President Ronald Reagan, Annual Convention of the National Association of Evangelicals in Orlando, Florida; 8 March 1983.

In this speech, Reagan tried to dissuade the American public from supporting the anti-nuclear demonstrations (“freeze”) as the military build-up was an effective form of deterrence to prevent Soviet aggression. Also, Reagan justified the continuation of the arms race as the only viable option to manage this “evil empire” and save the world from potential catastrophe.

A few days later, Reagan proved his point by announcing the Strategic Defense Initiative (SDI), which was an ambitious project to protect the United States from Soviet nuclear attacks.

The defense policy of the United States is based on a simple premise: The United States does not start fights. We will never be an aggressor. We maintain our strength in order to deter and defend against aggression — to preserve freedom and peace…

It is that we embark on a program to counter the awesome Soviet missile threat with measures that are defensive. Let us turn to the very strengths in technology that spawned our great industrial base and that have given us the quality of life we enjoy today…

What if free people could live secure in the knowledge that their security did not rest upon the threat of instant U.S. retaliation to deter a Soviet attack, that we could intercept and destroy strategic ballistic missiles before they reached our own soil or that of our allies?

Address by US President Ronald Reagan, Address to the Nation on Defense and National Security; 23 March 1983.

In his public address to the Americans, Reagan introduced the SDI and declared its creation as a defensive measure against potential Soviet attacks. By doing so, peace can be assured.

Yet, the SDI alarmed Moscow as the renewed arms race clearly violated the terms of the Anti-Ballistic Missile Treaty (ABTM) that was signed in 1972 by former leaders of the two superpowers. In fact, Soviet leader Yuri Andropov announced that the Soviets took the matter seriously and vowed to respond accordingly given that the SDI would render Soviet missiles obsolete.

Changing landscapes: For the better?
Fortunately, the “Second Cold War” did not persist due to a series of events. First, the rise of Soviet leader Gorbachev marked a significant change. His “New Political Thinking” was a pivotal factor in influencing the withdrawal of Soviet forces from the Third World as well as Afghanistan, which ended the Cold War divide in Europe. Second, Reagan’s second term was characterised as being more accommodating. Therefore, tensions simmered when both leaders agreed to hold talks, as seen by the summits held in Geneva (1985), Reykjavik (1986), Washington (1987) and Malta (1989).

What can we learn from this article?
Consider the following question:
– How far do you agree that the political leaders were most responsible for the Second Cold War? [to be discussed in class]

After you have covered the topic on the Second Cold War, it is important that you attempt source-based case study practices to review your understanding. Join our JC History Tuition and we will guide you through the entire study process. Besides, students who join our programme will receive summary and timeline notes as well as outlines to derive a clear understanding of the Cold War. 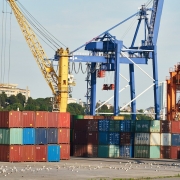 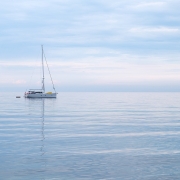 What caused the Cuban Missile Crisis?
What was Détente?

Why did Konfrontasi happen?
Scroll to top