All bark and no bite?
Ever since the formation of the International Court of Justice on 26 June 1945, it has addressed a variety of cases. It is involved either in the provision of advisory opinion on legal matters or arbitration.

Yet, there is increased skepticism towards the Court’s efficacy in ensuring member nations adhere to the international law.

For instance, the Court failed to enforce its ruling against the United States in 1986. Although it ruled in favour of Nicaragua, the United States refused to comply, thus diminishing the confidence of other members in submitting their cases to the Court.

The United States refused to participate in the merits phase of the case, considering the Court’s ruling ‘clearly and manifestly erroneous as to both fact and law’.

…The United States’ reaction culminated with a notice of termination of its declaration accepting compulsory jurisdiction of the Court on 7 October 1985. Given the support that the United States had traditionally given to the Court, its withdrawal from the Optional Clause System was a cause for much regret and concern.

An excerpt from “Nicaragua Before the International Court of Justice: Impacts on International Law” by Edgardo Sobenes Obregon and Benjamin Samson.

Yugoslavia: Legality of force
Following the NATO bombing campaign during the Kosovo War in 1999, the Federal Republic of Yugoslavia brought up a case to the International Court of Justice. It alleged that the NATO members used military force, which was in violation of the international law.

On April 29, 1999, Yugoslavia brought proceedings before the International Court of Justice (ICJ) against Belgium to redress a “violation of the obligation not to use force,” and against nine other NATO countries as well. The claims were based upon the UN Charter and several international legal conventions, including the 1949 Geneva Convention, its 1977 Additional Protocol 1, and the Genocide Convention.

An excerpt from a “Journal of Legal Studies” by the United States Air Force Academy, Department of Law.

However, the Court concluded that the parties filing the case, Montenegro and Serbia were not members of the United Nations, thus the proceedings could not take place for dispute settlement.

What can we learn from this article?
Consider the following question:
– Assess the political effectiveness of the International Court of Justice in maintaining the international law.

Join our JC History Tuition to learn more about the organisational structure of the United Nations. Our H2 and H1 History Tuition feature thematic review and writing practices to improve your knowledge application skills. 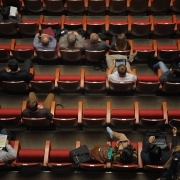 What is Rukun Negara?
Why was Singapore separated from Malaysia?

How did Japan emerge as a developed economy?
Scroll to top