What exactly is the ‘East Asian Crisis’?
In July 1997, the markets in East and Southeast Asian were affected by a financial meltdown that began in Thailand. Due to a mix of factors, such as financial speculation and inadequate regulatory measures, the Thai government was forced to float the baht. This caused market pessimism, which led to the outflow of capital. In view of the inter-connected markets within the Southeast Asian region, the economic problems in Thailand began to spread to other neighbouring countries, like Thailand. This was known as a ‘financial contagion‘.

1. Unregulated financial liberalization
One possible factor for the Asian Financial Crisis was the unregulated liberalization. Partially, this was the result of the increased liberalization of the financial sector in the 1980s. As foreign investments were welcomed as major sources of economic growth, there were minimal regulations to stem the flow of capital.

In Thailand, the Bangkok International Banking Facility (BIBF) enabled banks and finance companies to access short-term credit with low interest rates. The credit was lent to Thai borrowers to finance long-term projects with high interest rates. Therefore, the ease of credit access resulted in the expansion of BIBF loans that amounted to nearly $115 billion baht.

However, a large pool of foreign reserve was needed in order for governments to intervene in the foreign exchange (i.e. ‘forex’ in short) market and maintain the exchange rate.

Initially, the Thai baht was pegged to the American dollar (USD) at 25 baht : 1 USD. Yet, the inability to maintain the currency value had left the economy vulnerable to speculative attacks that began in November 1996. Thailand’s reserves of US$39 billion declined to US$2 billion by June 1997.

Eventually, the inability to maintain the currency peg led to the eventual floating of the baht on 2 July 1997, thus losing 17% of its value relative to the USD. Consequently, there was a plunge in investor confidence, resulting in the withdrawal of foreign capital from the regional markets.

In Thailand, foreign investors sold their baht, causing a sharp fall in the currency value. By end 1997, the baht lost 80% of its value relative to the USD. There were lingering perceptions that the neighbouring economies were also susceptible to market volatility.

Therefore, this dampened investor confidence, resulting in the subsequent outflow of capital in other economies, like Indonesia. By February 1998, the Indonesian rupiah lost 76% of its value relative to the USD.

How did the financial crisis affect the Southeast Asian economies?
In general, the massive currency devaluation led to a significant economic downturn that hampered the development of many economies in Southeast Asia, including Singapore and Indonesia.

What can we learn from this case study?
Consider the following question:
– How far do you agree that the Asian Financial Crisis of 1997 was the result of currency speculation? [to be discussed in class]

Now that you have examined the possible contributing factors that gave rise to the Asian Financial Crisis, it is important to apply this knowledge by answering similar practice questions. You can also join our JC History Tuition. We provide additional learning resources, such as summary notes, essay outlines and case study materials. 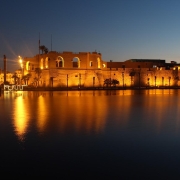 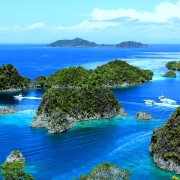 When did Indonesia get West Papua? 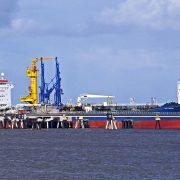 How did the 1970s oil crises affect Southeast Asia?
How did Myanmar develop its economy?

Why was the ASEAN established?
Scroll to top