Role of the UN Security Council (UNSC)
The Security Council is the primary organ that bears the responsibility to maintain international peace and security. It is comprised of 15 members: Five permanent members (known as the ‘P5’ in short – namely USA, Russia, UK, France and China) as well as ten non-permanent members (elected for two-year terms).

#1: Empowerment of the UNSC
As outlined in Article 24, the UNSC is granted the empowerment tools to invoke Chapters VI (Pacific Settlement of Disputes), VII (Actions with respect to Threats to the Peace), VIII (Regional arrangements) and XII (International Trustee System) to fulfill its primary role.

The Members of the United Nations agree to accept and carry out the decisions of the Security Council in accordance with the present Charter.

Furthermore, the resolutions of the UNSC are binding, implying that affected parties, including members of the United Nations must comply.

Chapter VI: Pacific Settlement of Disputes
We will be examining three aspects to understand the significant role of the UNSC in invoking the relevant ‘Chapters’. First, Chapter VI involves the diplomatic and peaceful approach of encouraging warring parties to cooperate with the UN and resolve the conflicts without violence.

1. The parties to any dispute, the continuance of which is likely to endanger the maintenance of international peace and security, shall, first of all, seek a solution by negotiation, enquiry, mediation, conciliation, arbitration, judicial settlement, resort to regional agencies or arrangements, or other peaceful means of their own choice.

2. The Security Council shall, when it deems necessary, call upon the parties to settle their dispute by such means.

In practice, the United Nations Secretary-General (UNSG) is instructed by the Security Council to act on these resolutions through peaceful means, if possible.

Chapter VII: Action with respect to Threats to the Peace, Breaches of the Peace, and Acts of Aggression
Another critical option that the UNSC can introduce is Chapter VII. Should diplomacy fail, the use of force is considered as the next possible option. According to the UN Charter, a ‘Military Staff Committee’ is established to oversee the procedures on how it can be carried out appropriately.

The ‘Collective Security’ principle was applied in practice notably in two situations: the Korean War (1950) and the Gulf War (1990).

The Security Council shall determine the existence of any threat to the peace, breach of the peace, or act of aggression and shall make recommendations, or decide what measures shall be taken in accordance with Articles 41 and 42, to maintain or restore international peace and security.

Should the Security Council consider that measures provided for in Article 41 would be inadequate or have proved to be inadequate, it may take such action by air, sea, or land forces as may be necessary to maintain or restore international peace and security. Such action may include demonstrations, blockade, and other operations by air, sea, or land forces of Members of the United Nations.

Article 39 and 42, Chapter VII of the United Nations Charter

Chapter VIII: Regional Arrangements
Lastly, the UNSC can employ the assistance of ‘regional arrangements’, which simply can be referred to regional organizations to fulfill its resolutions. The benefit of relying on these groupings is that UN can gather operational resources, including troop contributions, rapidly to conduct swift crisis responses. This is backed by the observation that the United Nations lacks a ‘permanent standing army’. Throughout the UN-sponsored operation, these ‘regional arrangements’ must adhere to the principles of the UN Charter to ensure the maintenance of international peace and security.

In particular, the UNSC must authorize any form of enforcement before the ‘regional arrangement’ can do so.

Yet, there were instances in which authorization was not sought after, as exemplified by the Kosovo War. During the conflict, the North Atlantic Treaty Organization (NATO) carried out its bombing campaign in Yugoslavia from March to June 1999. China and Russia opposed NATO’s proposal for military action.

What can we learn from this case study?
Consider the following questions to understand the topic:
– Assess the view that structural limitations were the greatest hindrance to the functioning of the United Nations Security Council from 1945 to 2000. [to be discussed in class]. 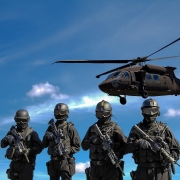 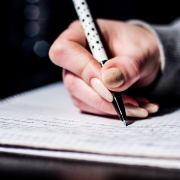 What is peacekeeping?
Scroll to top