Entering the post-Cold War phase
In Aug 1990, the Gulf War broke out due to the Iraqi invasion in Kuwait due to economic disputes. In response, the US-led coalition force conducted ‘Operation Desert Storm’ from Jan to Feb 1991. In general, the United Nations (UN) benefited from the resolute American support, resulting in a swift and decisive victory that ended with the liberation of Kuwait.

In the section below, we will find out more about the historical developments of the Persian Gulf War by focusing on the specific roles of Iraq, USA and the United Nations.

1. [Iraq] Growing discontent over economic matters
Before Iraq began its invasion of Kuwait, it is important to consider the contributing factors that led to that fateful day. There are two main factors – economic problems and political motivations

First, following the Iran Hostage Crisis of 1979, the Iran-Iraq War began (1980-1988), which resulted in the decline of oil prices. Given that Iraq’s economic progress was heavily reliant on oil, the fall in oil prices affected its national income. Additionally, Iraq accused Kuwait of producing oil beyond the quota set by OPEC (Organization of the Petroleum Exporting Countries). Iraq blamed Kuwait for the slump in oil prices that harmed its economy.

Second, Iraq has been challenging Kuwait’s sovereignty, given the latter’s strategic location in the northern part of the Persian Gulf. Iraq perceived Kuwait is situated in a region that yields tremendous economic potential.

As such, after an exchange of threats between the two nations, Iraq commenced its invasion of Kuwait, which took place on 2 Aug 1990.

Similarly, the UN General Assembly had a resounding ‘yes’ to the condemnation of the invasion. The UN Secretary-General Javier Pérez de Cuéllar used diplomatic means to seek a peaceful resolution with the Iraqi leaders and avoid the escalation of conflict.

Yet, Iraq ignored the repeated calls for withdrawal. Therefore, the UN Security Council applied the principles of ‘collective security’. In Nov 1990, the Resolution 678 was adopted, which authorized the use of force to enforce compliance.

3. [USA] Operation Desert Storm: A unified response
This time, the USA backed the UN by leading a coalition force that comprised of 34 member states to enforce the Resolution and free Kuwait. The US-led forces conducted both aerial and ground operations that led to a swift victory against the Iraqi army. Clearly, the overwhelming military might of the United Nations resulted in the eventual departure of the Iraqi forces.

What was the outcome?
After the Iraqi troops had left Kuwait, the UN passed Resolution 687 that led to the deployment of the UNIKOM (United Nations Iraq-Kuwait Observation Mission) and the UNSCOM (United Nations Special Commission). The UNIKOM focused on patrolling the Iraq-Kuwait border, whereas the UNSCOM oversaw the destruction of nuclear facilities and missiles in Iraq.

However, both UN forces faced obstacles that hindered their operations. The UNIKOM lacked military strength to prevent the entry of unauthorised personnel into the demilitarized zone. Similarly, the UNSCOM had to deal with an uncooperative Iraq. Eventually, the UNSCOM was replaced by the UNMOVIC (United Nations Monitoring, Verification and Inspection Commission) in 1999.

What can we learn from this case study?
Consider the following questions to understand the case study:
– Was the USA more of a help or hindrance to the United Nations?
– How far do you agree that the operational constraints was the most significant factor that affected the successes of UN operations in the post-Cold War period? [to be discussed in class] 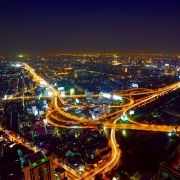 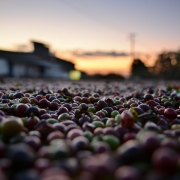 What were the twin deficits of USA?
What happened in the Kosovo War?

What happened in East Timor?
Scroll to top