The aftermath of the regional currency crisis
In view of the causes that explain how the Asian Financial Crisis began, it is important to examine its consequences. This includes the government responses that varied between Southeast Asian nations, such as the bail-out loans by the International Monetary Fund (IMF), crisis response packages and stringent financial regulatory measures.

For instance, the Thai government tried to maintain the peg by tapping on its reserves to prevent further currency depreciation, which was caused by speculative attacks. From 1997 to 1998, it was estimated that nearly US$30 billion was spent to maintain the baht.

Unfortunately, their efforts proved futile, such that the abandonment of the fixed exchange rate led to rapid currency depreciation. On 2 July 1997, the baht was allowed to float, resulting in the depreciation of the currency value by 18%. By January 1998, the value had fallen to US$1 to $55 baht.

Given the economic interconnectedness of Southeast Asian markets, the Thai economic crisis spread to other neighbouring economies, which was known as the contagion effect.

Crisis Response Measures
Another important consideration was the introduction of crisis response measures to contain the economic crisis. These measures involved large government spending to stimulate the markets and facilitate recovery.

For example, the Malaysian government formed the National Economic Action Council (NEAC) in 1998 to pursue economic stabilization. One method included the imposition of capital controls to stabilize the ringgit.

Additionally, the national asset management company, known as Pengurusan Danaharta Nasional Berhad, was in responsible for relieving the banking system of its non-performing loans (NPLs) and assets. By 30 September 2005, the Danaharta had resolved all of its NPLs. It was reported to have met its recovery target of RM30.35 billion.

In fact, Danaharta was one of the three-pronged strategy that the Malaysian government introduced to achieve stabilization of the banking system. It also included Danamodal Nasional Berhad and the Corporate Debt Restructuring Committee (CDRC).

Acceptance of IMF Bail-out Loans
Lastly, the IMF also offered to provide bail-out loans to affected Southeast Asian economies. These conditional loans required governments to accept an IMF-imposed set of policies. In particular, the IMF required recipient countries to engage in fiscal austerity (spending cuts) to correct their balance of payment deficits. Yet, these governments were not running budget deficits, thus worsening the economic slowdown.

“I thought this was a mistake. For one thing, unlike the Latin American nations, the East Asian countries were already running budget surpluses. In Thailand, the government was running such large surpluses that it was actually starving the economy of much ­needed investments in education and infrastructure, both essential to economic growth. And the East Asian nations already had tight monetary policies, as well: inflation was low and falling. (In South Korea, for example, inflation stood at a very respectable four percent.) The problem was not imprudent government, as in Latin America; the problem was an imprudent private sector­­ – all those bankers and borrowers, for instance, who’d gambled on the real estate bubble.”

For example, Indonesia accepted the IMF bail-out reluctantly. By the time the third agreement was introduced, the government acceded to IMF’s demands to remove subsidies on essentials, like food, medicine and fertiliser.

This proved to be disastrous, given that the loss of state support raised the cost of living and worsened socio-economic conditions. As a result, the skyrocketing basic commodity prices resulted in a surge in inflation rate. Poverty rate increased from 11% before the crisis to nearly 60% afterwards.

Furthermore, the economic instability had severe socio-political consequences that culminated in the resignation of Suharto.

What can we learn from this case study?
Consider the following question:
– How far do you agree that governments of Southeast Asian economies were responsible for the consequences of the Asian Financial Crisis? [to be discussed in class]

Now that you have learnt the consequences of the Asian Financial Crisis, it is imperative that you apply your knowledge to A Level History essay questions. You can sign up for our JC History Tuition to find out how you can organise your content and form well-analyzed essays to ace the GCE A Level History examination. 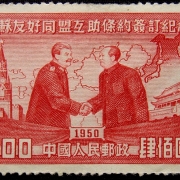 What caused the Sino-Soviet Split