What is the Cuban Missile Crisis?
Following the stalemate in Europe, the two superpowers shifted their gaze towards Asia and other parts of the world. This development led to the spread of Cold War influences to other conflicts and wars, like the Korean War (1950-53), the Cuban Missile Crisis (1962) and the Vietnam War (1955-75).

The Cuban Missile Crisis refers to a military and political confrontation between USA and USSR due to the Soviet deployment of ballistic missiles on Cuba, which is 90 miles (140 km) from Florida, USA.

To understand the Cuban Missile Crisis, it is important to examine the key incidents and factors that contributed to the historical developments, which will be covered in the following sections.

1. Economic Aggression
Before USSR was involved in the shipment of nuclear-armed missiles on Cuba, there was strained diplomatic relations between USA and Cuba. This was attributed to the antagonistic actions of the communist revolutionary, Fidel Castro, who overthrew the former Cuban President, Fulgencio Batista and led the Cuban Revolution. As Cuba’s Prime Minister, Castro nationalized American assets on Cuba, particularly the sugar mills. Consequently, his struggle for economic control in Cuba prompted USA to retaliate with an economic embargo.

Following USA’s response to sever diplomatic ties with Cuba, Castro turned to USSR, which offered both economic and military aid. This development sowed the seeds of destruction that brought the world closer to the Cuban Missile Crisis.

2. Political Aggression
Given that both USA and Cuba ended diplomatic relations with one another, the incoming American President, John F. Kennedy, initiated a covert operation to invade Cuba and overthrow Cuba. This plan was known as the Bay of Pigs Invasion (Apr 1961). However, the invasion was a failure and the attackers were captured by Castro.

After the Bay of Pigs Invasion, Castro declared himself a Marxist-Leninist publicly (Dec 1961), which antagonized USA further due to ideological differences that shaped the Cold War rivalry against USSR. Therefore, Cuba aligned itself ideologically with the Soviet Union, which bore ulterior motives that led up to the Cuban Missile Crisis.

3. Military Aggression
From the Soviet perspective, Nikita Khrushchev held the perception that USA had the military advantage in the arms race aspect of the Cold War. His concerns were supported by the deployment of American Jupiter ballistic missiles in Turkey and Italy that posed a clear national security threat to the Soviet Union. Furthermore, the Soviet ballistic missiles were fewer in numbers and less capable than the American’s. Therefore, to close the ‘missile gap’, Khrushchev placed nuclear missiles in Cuba (Oct 1962), which was 90 miles off Florida coast.

However, USA discovered the Soviet nuclear missiles via aerial surveillance on Cuba, which sparked fears of a possible nuclear threat to national security. Following thorough deliberation, Kennedy announced the imposition of an American ‘naval blockade’ to prevent the shipment of Soviet ballistic missiles to Cuba.

4. Outcome of the Cuban Missile Crisis
This ‘blockade’ could have been interpreted by the Soviets as a threatening military provocation that justified nuclear retaliation. Fortunately, the blockade ended peacefully and both superpowers agreed to stand down. This was seen in terms of the mutual agreement to remove the American missiles in Turkey and Italy and Soviet missiles in Cuba in secret.

As it can be a daunting challenge for some students to meander through the vast historical content covered in A Level History, you can sign up for our JC History Tuition programme, which is open to JC1 and JC2 students that are studying either H2 or H1 History. Throughout the programme, we will conduct class discussions to broaden and deepen your understanding of different issues in a thematic format. You will receive our very own summary notes that have been refined over the years (and match the latest syllabus as of 2017) to prepare you adequately for the examinations.

Furthermore, you can attend the JC History Essay Writing and Source Based Case Study questions (SBQ) answering skills workshops that are held at our centres in Bishan, Bedok and Tampines. You will learn to analyze questions carefully and form persuasive arguments logically, such that the pursuit of excellence at the A Level History examinations is within your grasp.

On a separate but related note, our centres conduct GP Tuition and Economics Tuition classes for JC1 and JC2 students. These programmes will no doubt be beneficial in your study of A Level subjects. Be inspired by experienced tutors, like JC Economics and GP Tutor Simon Ng, who will guide you through the study of different real world issues. We teach you to think reflectively, write persuasively and analyze critically. 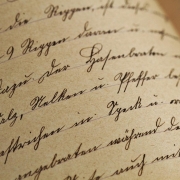 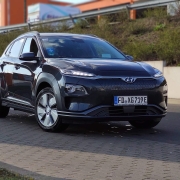 What caused Japan’s Lost Decade?
How did the Cold War start?

What started the Korean War?
Scroll to top