Challenges that surfaced during the ‘New Order
After Suharto took over Sukarno as the Indonesian President in the late 1960s, the new leader had begun efforts to recover the Indonesian economy. Agendas were set in the new Five-Year Plan, also known as Repelita I (Rencana Pembagunan Lima Tahun I).

A crisis in the agricultural sector: Rice
In the early 1970s, a serious drought had hit Indonesia. It adversely affected rice producers, leading to a fall in production. As a result, the price of rice surged, impacting the poor. If left unchecked, this economic problem may spill over to the political sphere.

In 1973, Suharto formed the Badan Urusan Logistik (BULOG), a national rice agency. It was established to build and maintain a buffer stock of rice, managing distribution of rice across Indonesia. Also, it helped to maintain rice price stability to protect the welfare of rice farmers.

In addition, the Indonesian government aimed to create a national buffer stock of rice to pre-empt shortages, should there be unforeseen circumstances like a serious drought. By 1979, an integrated network of modern warehouses was built. This network had the capacity to store one million tons of rice across the nation.

From 1975 to 1983 BULOG implemented the government’s floor and ceiling price policy and delivered monthly rations to the Budget Groups without a hitch. […] Supporting the floor price received top priority as a way of stimulating domestic rice production, a crucial task because of the perceived unreliability of the world rice market. From 1974 to 1978, persistent problems with disease and pests associated with the new rice varieties kept upward pressure on rural prices, so maintaining the floor price was relatively easy at the prices actually set, which merely kept pace with inflation.

Public demonstrations: Malari
In the same decade as the ‘rice crisis’, Indonesia grappled with protests in Jakarta and other parts of Indonesia, known as the Malari riots in short (Malapetaka Lima belas Januari). The origins of the riots can be traced to a visit by the Japanese Prime Minister Kakuei Tanaka. There were fears of growing Japanese influence in the commercial sectors of Indonesia.

In response to the demonstrations led by students, the New Order government mobilised the military to quell the unrest and restore order. Furthermore, public discussion of the Malari and its impacts was prohibited.

From the economic standpoint, Suharto revised the policies on attracting foreign investment, especially from Japan, to minimise the resurgence of socio-political instability.

The first was the so-called “Malari Affair” of January 1974, during which public anger about the rising tide of Japanese investment boiled over and called into question the continued dominance of energy extraction in Japanese-Indonesian relations. […] Malari forced a toning down of Japan’s conspicuous presence in Indonesia, as many analysts at the time identified it with Japan’s poor public image abroad.

What can we learn from this article?
Consider the following question:
– How successful were governments in managing economic challenges in independent Southeast Asia? 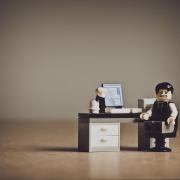 Who is U Thant? 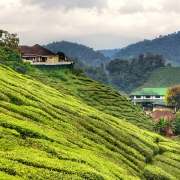 What happened in the Hungarian uprising? 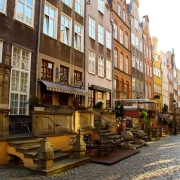 How did the 1970s oil crises affect Southeast Asia?
Scroll to top