About the Philippine economy
After the attainment of independence, the Philippines became one of the leading Southeast Asian economies that was comparable to neighbouring countries, like Malaysia and Singapore. The 1970s became the turning point due to internal economic mismanagement, thus contributing to political turmoil that ended with a switch to the new administration by the early 1990s.

1946 to 1965: Post-independent Philippines
During the early stages of independence, Philippines was heavily reliant on primary exports, due to its trade links with USA. This can be explained by the pre-indpendence policies, like the Payne Aldrich Tariff Act (1909) that granted US access to some Philippine goods.

One significant approach involved economic indigenization via the establishment of the National Development Company, which facilitated the formation of state agencies to control key sectors of the economy. For example, the Philippine Sugar Institute was formed in 1951.

The second strategy involved agricultural development. Given the heavy reliance on primary exports for growth, the government engaged in major land reforms, as seen by the Rice Share Tenancy Act (1946). The purpose was for resource consolidation and re-distribution.

1965 to 1986: The ‘era of Marcos’
Under the leadership of Ferdinand Marcos, the government continued its extensive state intervention to guide the development of the Philippine economy.

The government undergone transition for import-substitution industrialization (ISI) to export-oriented industrialization (EOI), as exemplified by policies that encouraged the inflow of foreign investment. For example, the Board of Investment was formed. This public entity then implemented the Investment Incentives Act (1967) to facilitate the influx of foreign investment. Additionally, the Export Incentives Act (1970) was introduced to provide incentives for the production of manufactured exports.

Following the imposition of martial law in 1972, the government raised its level of intervention in the economy. There was greater state ownership in various sectors, as seen by organizations like the Philippine Sugar Commission and the Asia Brewery.

Around the 1960s to 1970s, Marcos also capitalized on the Green Revolution to enhance the productivity of agriculture. The International Rice Research Institute (IRRI) was set up to allow the development of high-yielding and disease-resistant rice varieties. In addition, the ‘Masagana 99’ (Rice Production Programme) was introduced to grant rice farmers access to fertilizer subsidies and credit. Hence, the farmers benefited from state support, as seen by the achievement of self-sufficiency in rice production by 1972.

1986 to 1997: Post-Marcos Era
Following the economic instability and political unrest that caused the transition to a new administration, the Philippine government sought to resolve these past setbacks urgently.

One such obstacle was the large external debt due to Marco’s extensive borrowing. Austerity measures were introduced to reduce deficits. Also, the Comprehensive Agrarian Reform Law was passed in 1988 to facilitate land reforms, thereby transferring ownership to farmers.

Besides, there was greater privatization to reduce excessive state ownership, which was recognized as an inefficient approach for economic development. For example, monopolies in industries like telecommunications and power generation were dismantled.

Over time, the post-Marco period was met with greater success due to the restoration of economic stability. Privatization was effective in providing the country with its much-needed revenue for recovery. Gross Domestic Product (GDP) growth rate in the 1990s averaged at 3.3%.

What can we learn from this case study?
Consider the following question to understand this country-specific case study:
– To what extent was state involvement beneficial to the economic development of the Philippines after independence? [to be discussed in class]

Now that you have examined the strategies and outcomes of the Philippine economy, we encourage you to attempt essay questions to review your knowledge thoroughly. An alternative approach is to join our JC History Tuition. We provide useful summary notes and essay outlines to enhance your knowledge application skills. 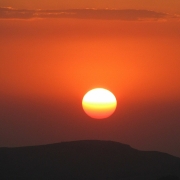 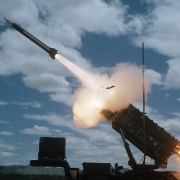 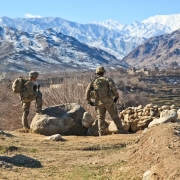 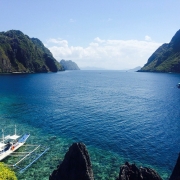 What is the ASEAN Declaration on the South China Sea?
How did Indonesia build its economy?

What caused the economic miracle in Vietnam?
Scroll to top