Topic of Study [For H2 and H1 History Students]:
Paper 1: Understanding the Cold War (1945-1991)
Section A: Source-based Case Study
Theme I Chapter 3: End of Bipolarity [Popular movements in the West and the Eastern bloc to end the Cold War]

Historical context: Rise of Solidarity
The trade union Solidarność (Solidarity) was formed on 30 August 1980 following a strike action (also known as ‘Lenin Shipyard strike’) led by a factory electrician Lech Walesa at the Gdańsk Shipyard. The strike was a response to the Polish government’s price hike for food in 1980.

At that time, the government gave in to the demands of the strikers, leading to the Gdańsk Agreement being signed. This Agreement allowed worker representation through the Solidarity.

The most important stipulation of the [Gdańsk Agreement] was that it recognised the workers’ right to set up a free trade union, independent from the state and the governing communist party. This stipulation gave ground for the future registration of the “Solidarność” trade union, which later played a historic role in the peaceful overthrow of communism in Poland and directly entailed its fall in other European countries.

An excerpt taken from “Changing Industrial Relations and Modernisation of Labour Law” by Dr. Roger Blanpain and Manfred Weiss.

The Solidarity became a non-violent social movement, engaging in civil resistance to protect the rights of workers. In September 1981,Walesa was elected President of the Solidarity.

In view of the growing popular opposition in Poland, the Polish Prime Minister General Jaruzelski declared martial law on 13 December 1981. Many Solidarity leaders were arrested and the political groups were forced to close down.

Our country is on the verge of an abyss. The achievements of many generations raised from the ashes is collapsing into ruin. The state structures no longer function.

[…] We cannot let these demonstrations be the spark causing a fire in the country.

The self-preservation instinct of the nation must be taken into account. We must bind the hands of adventurers before they push the country into civil war.

An excerpt taken from the Prime Minister General Wojciech Jaruzelski‘s speech on the day martial law was declared, 13 December 1981.

As a result of the martial law, the Solidarity union was now made illegal. The Polish streets were filled with armed soldiers and tanks. While the Soviet news publications justified the necessity of martial law in Poland, the Western reception was contrastingly negative.

In particular, US President Ronald Reagan addressed the Americans with great concern on the Polish situation. In his speech, he condemned the oppressive responses on the Polish people and vowed to impose economic sanctions on the government.

On 22 July 1983, martial law in Poland was officially suspended. However, the Solidarity movement reorganised itself underground.

The Polish Government has trampled underfoot solemn commitments to the UN Charter and the Helsinki accords. It has even broken the Gdansk agreement of August 1980, by which the Polish Government recognized the basic right of its people to form free trade unions and to strike.

[…] The United States is taking immediate action to suspend major elements of our economic relationships with the Polish Government. […] These actions are not directed against the Polish people. They are a warning to the Government of Poland that free men cannot and will not stand idly by in the face of brutal repression.

An excerpt taken from the US President’s “Address to the Nation about Christmas and the Situation in Poland“, 23 December 1981.

What can we learn from this article?
Consider the following question:
– How far do you agree that the fear of ideological expansion was the key reason for the declaration of martial law in Poland?

Join our JC History Tuition to learn more about End of the Cold War. The H2 and H1 History Tuition feature online discussion and writing practices to enhance your knowledge application skills. Get useful study notes and clarify your doubts on the subject with the tutor. You can also follow our Telegram Channel to get useful updates. 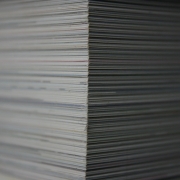 What is the Uniting for Peace resolution?
Scroll to top